By default, when virtual machine is created on Hyper-V host, its clock is "bound" to the virtualization host operating system clock via Hyper-V integration services. If there are two or more virtualization hosts in the same network, it may happen the operating system time on one of the hosts to be different comparing to another host. If Windows Active Directory domain controllers are installed on such virtualization hosts even with slight difference in their system time, some more sensitive application work might be disturbed. To avoid such situation the following arrangement could be considered. 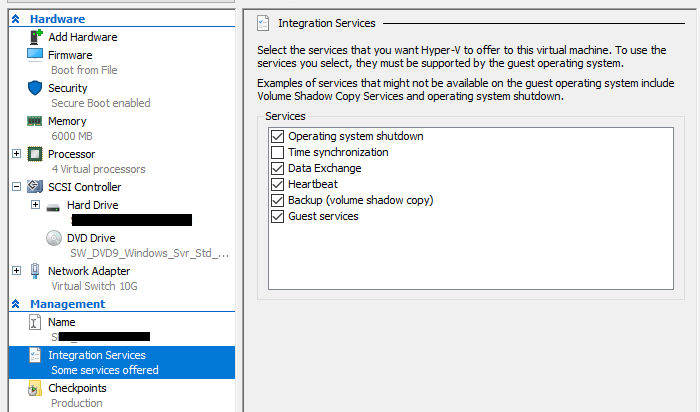